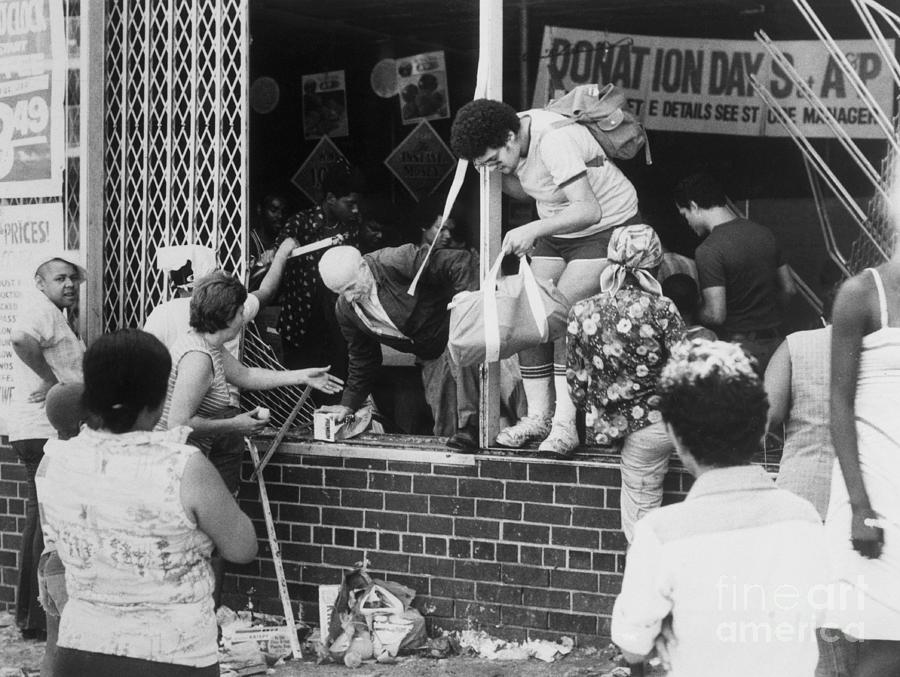 (Original Caption) New York: Looters, young and old, leave an A & P supermarket at Ogden Avenue and 166th Street in the Bronx through a broken window as they carry off their stolen wares. Authorities arrested thousands of looters, in at least three boroughs of the city, as the looters took advantage of the city's massive blackout.