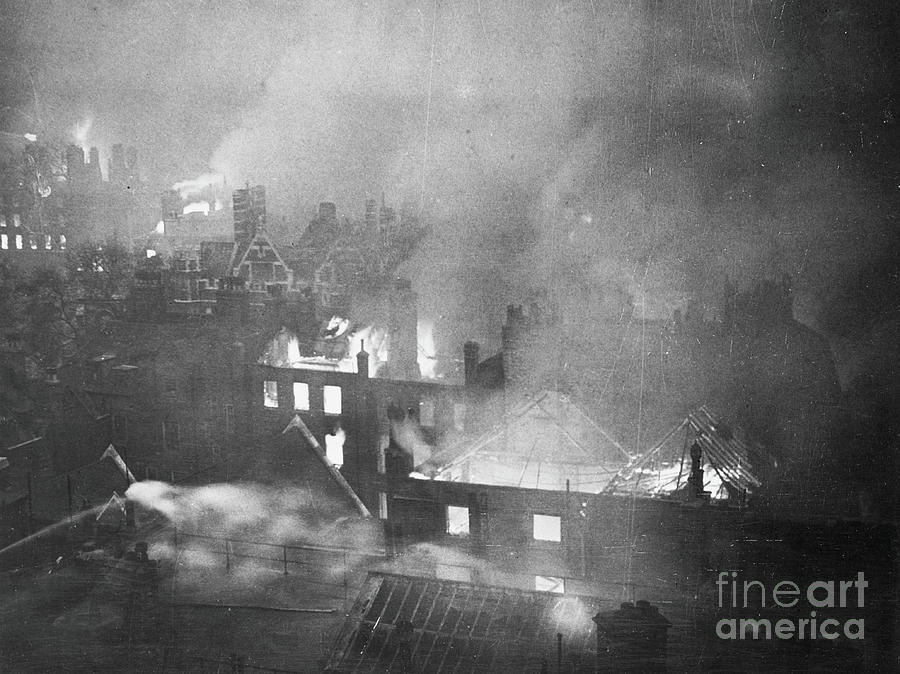 (Original Caption) When London Burned in 1941. London, England: Clouds of black smoke hang over London as great sheets of flame shoot skyward from bombed buildings, looking over the Temple from the east during the Nazi blitz of 1941. The ferociousness of the Nazi 1941 blitz.