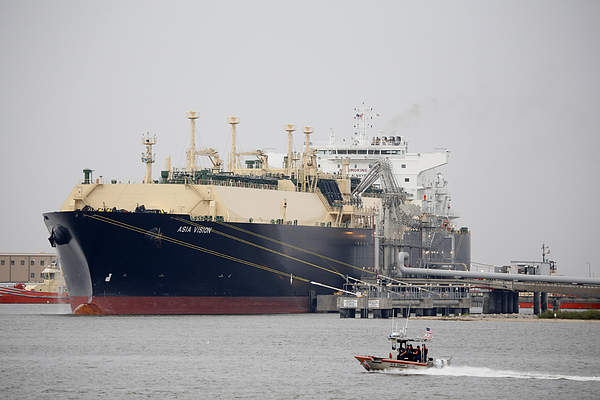 A U.S. Coast Guard boat moves past the Asia Vision LNG carrier ship docked at a terminal in Sabine Pass, Texas, U.S., on Monday, Feb. 22, 2016. The first tanker that will ship liquefied natural gas from Cheniere Energy Inc.'s Sabine Pass terminal in Louisiana has arrived, signaling the imminent start of exports as a result of the U.S. shale boom. The initial shipment was delayed to later this month or March from the third week of January because of faulty wiring that had to be replaced, Houston-based Cheniere said in a statement last month. Photographer: Eric Kayne/Bloomberg via Getty Images