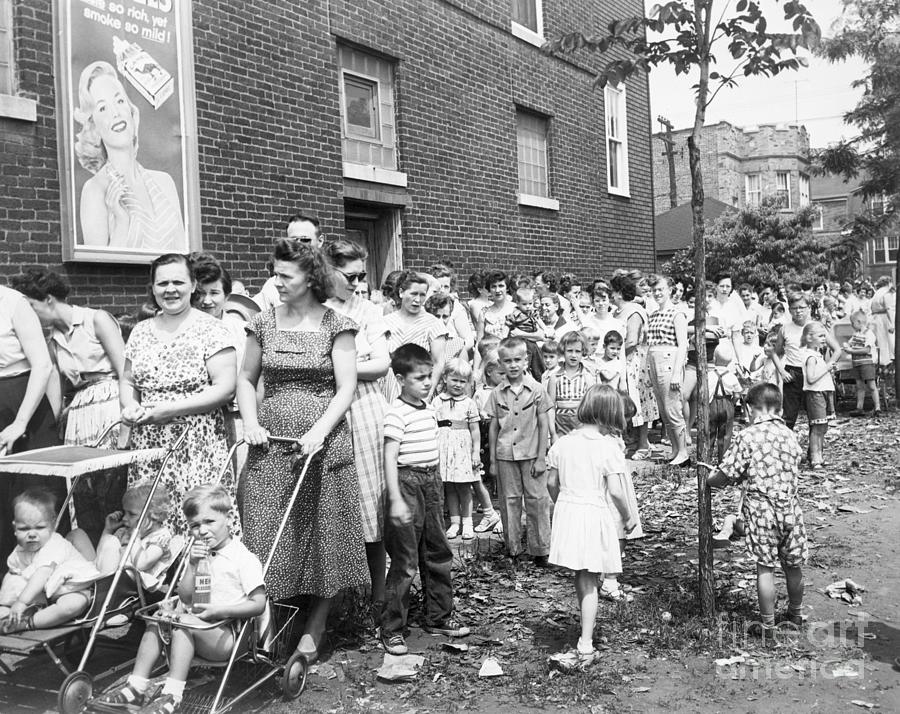 (Original Caption) 7/16/1956-Chicago, IL: A line of parents and children, almost a block long, is shown outside a public Health Service Emergency Polio Vaccination Center here 7/16. Chicago has recorded 169 cases of polio so far this year-- five times the amount at the same time last year-- and free polio shots were ordered made available by public health Commissioner Herman Bundesen. This Center is in Chicago's West side, The critical area where almost half of the cases have been reported.