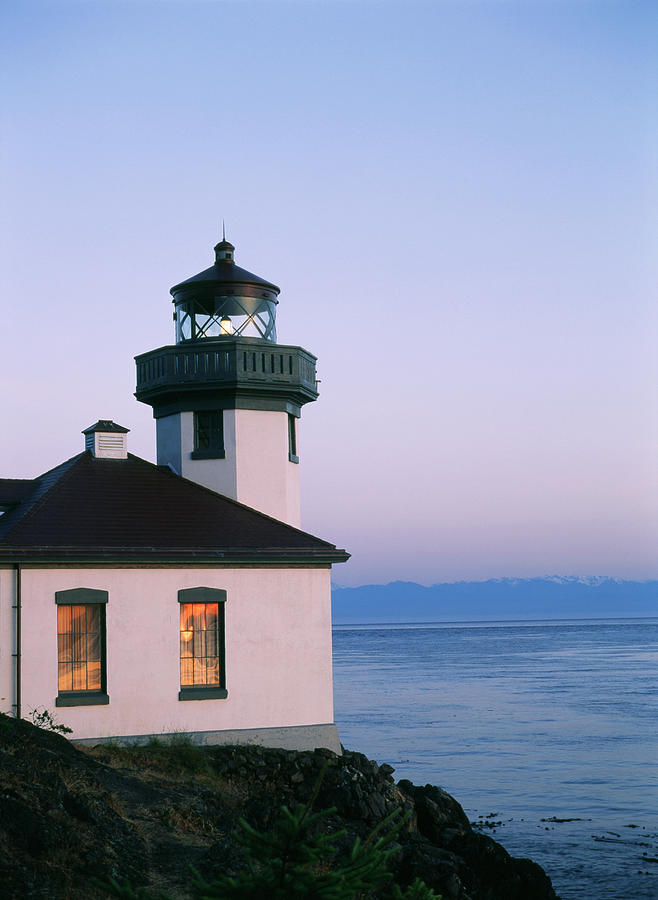 The Lime Kiln light, a name derived from the lime kilns built nearby in the 1860s, was first established in 1914. It was the last major light established in Washington. The lighthouse was updated five years later with a 38-foot octagonal concrete tower rising from the fog signal building. A fourth-order Fresnel lens was first exhibited from the new tower on June 30, 1919.