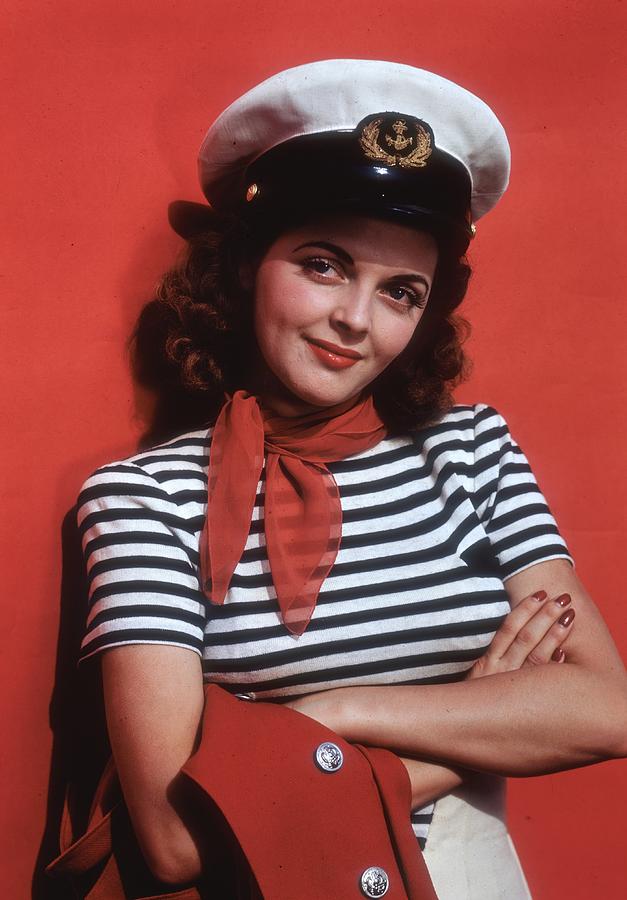 Life On The Seas

Life On The Seas

July 1941: Actress Juanita Stark poses for the cover of 'Coronet' magazine in a black and white striped shirt, a red bandanna and a sailor's cap, holding a red jacket in her folded arms. Originally a waitress in Hollywood, Stark had been laid off when an