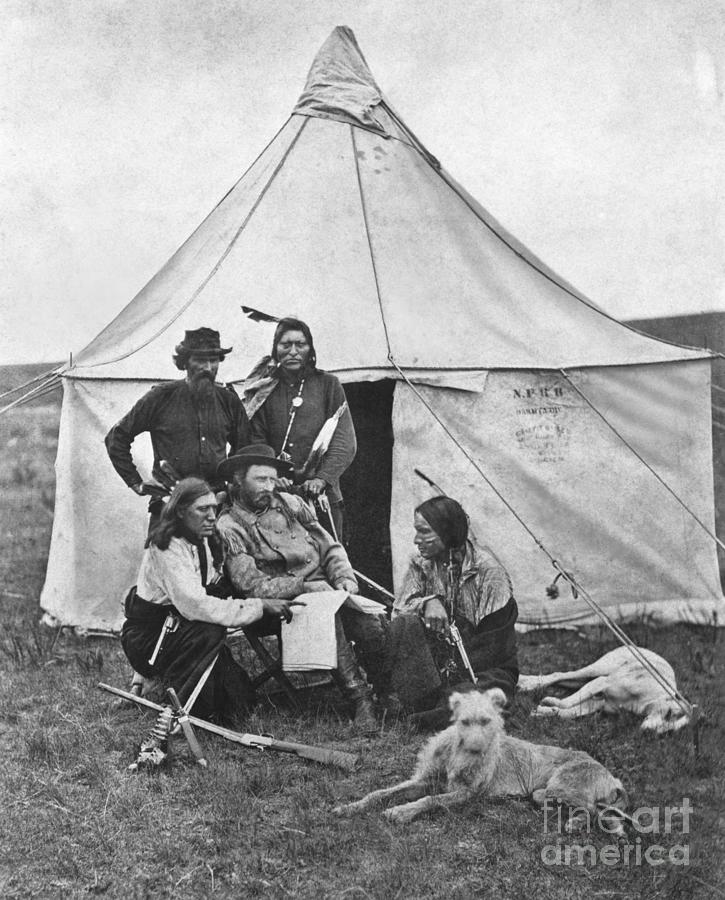 (Original Caption) A rare print made in the early 1870's in Montana territory, showing General George A. Custer and some of his scouts when the General was in command of troops detailed to guard surveying and building crews constructing the Northern Pacific. The Indian standing by the tnet door is thought to be Curly, recorded as the only survivor of the Battle of the Little Bighorn where Custer's entire command was wiped out by the allied Indian tribes under Sitting Bull on June 26, 1876. It is interesting to note, also, that the tent bears the stamp of "N.P.R.R.," undoubtedly part of the equipment furnished Custer by the railroad.