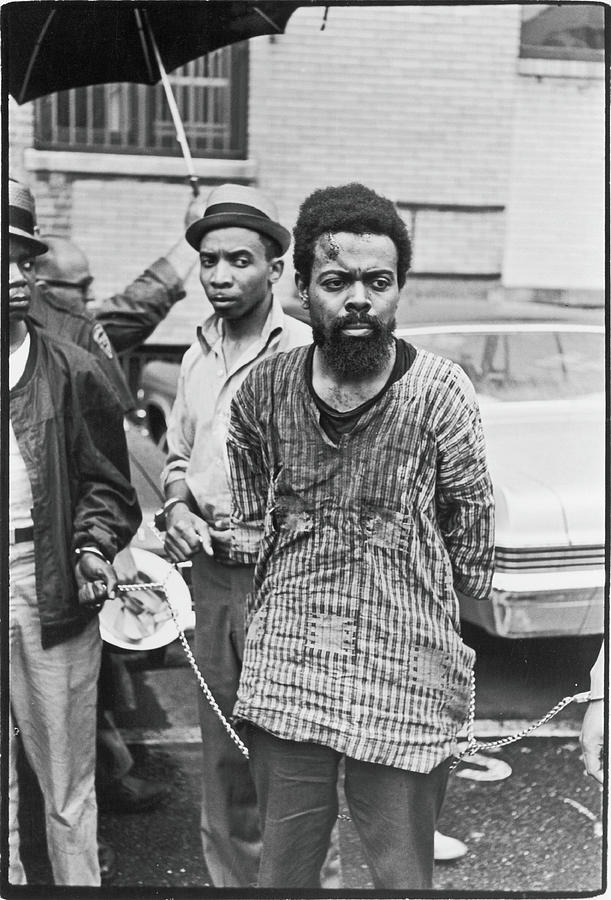 American poet and playwright LeRoi Jones (later known as Amiri Baraka) leaves a police station bloodied and in chains after being arrested during a riot, Newark, New Jersey, July 14, 1967. Jones had been arrested for allegedly carrying concealled weapons and was beaten while in custody; he was convicted of the crime, but the conviction was later overturned. The Newark riots lasted 5 days and resulted in 26 deaths and millions of dollars in property damage. (Photo by Fred W. McDarrah/Getty Images)