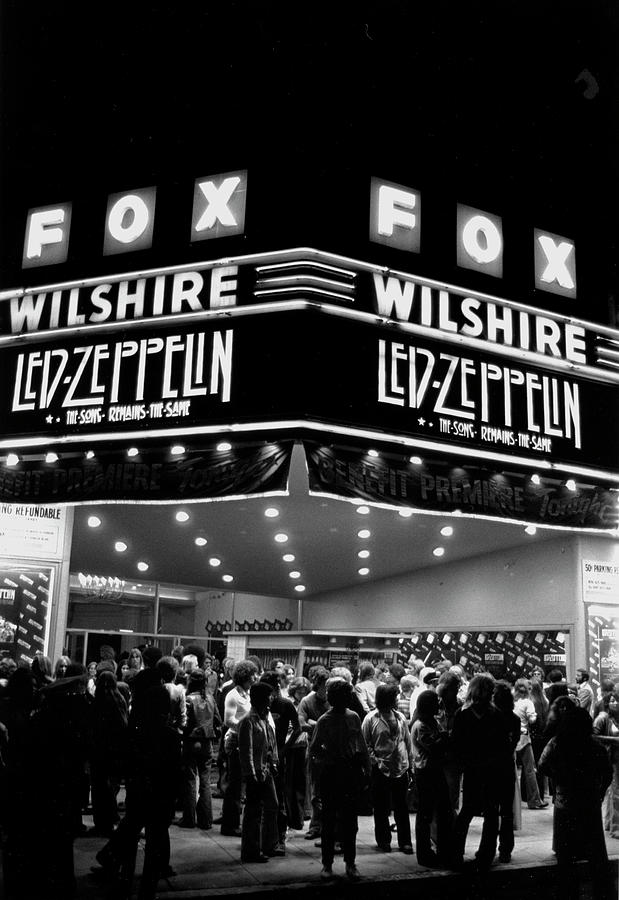 LOS ANGELES - OCTOBER 21: The marquee of the Fox Wilshire theater as it appeared on the evening of the premier of the rock band 'Led Zeppelin's' concert movie 'Song Remains The Same' on OCTOBER 21, 1976 in Los Angeles, California. (Photo by Michael Ochs Archives/Getty Images)