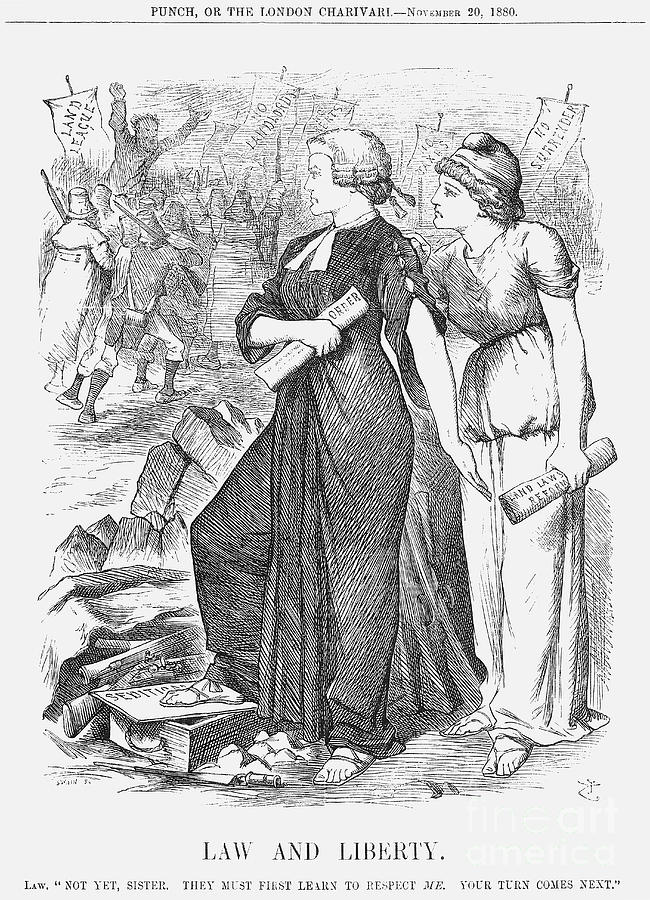 'Law and Liberty', 1880. Law and Liberty watch the unrest in Ireland. This relates to a conference, held on the 23rd October, at Dublin, at which the prosecution of Land League leaders was decided upon. Fourteen men were subsequently charged with conspiring to prevent the payment of rents, to defeat the legal enforcement of payment and to prevent evictions. At a speech given by the Liberal Prime Minister and Chancellor of the Exchequer, Mr Gladstone, it was made clear that although the need for reform was obvious, the current laws must in the interim be obeyed. From Punch, or the London Charivari, November 20, 1880. (Photo by The Cartoon Collector/Print Collector/Getty Images)