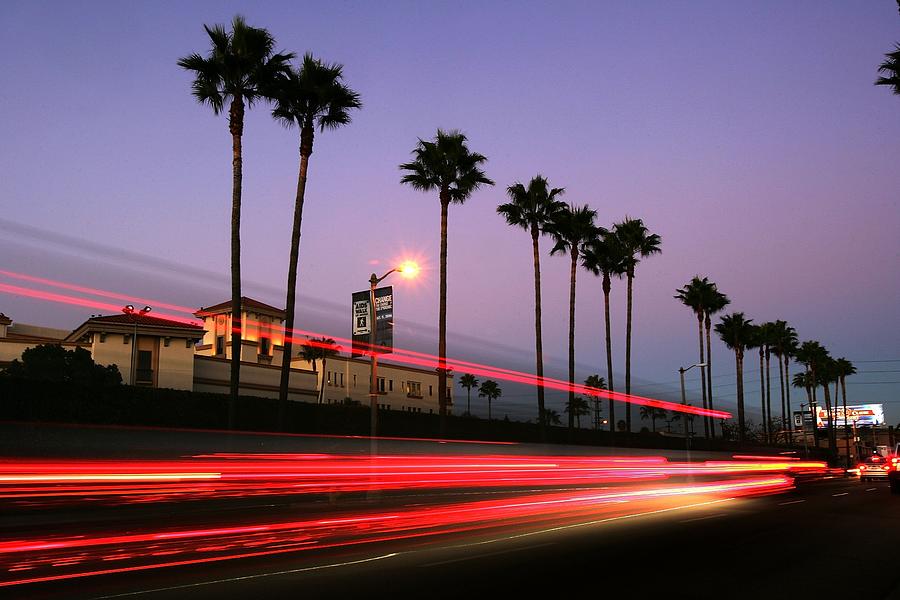 LOS ANGELES, CA - OCTOBER 18: Canary Island palms tower above Melrose Avenue after the sun set on the popular 20th Century symbols of southern California which are fading into history because of a fatal fungus, old age, and city plans to replace them with other trees on October 18, 2006 in Los Angeles, California. Originally imported by 18th century Spanish missionaries, the majestic Canary Island palms grow as high as a 12-story building but are threatened by an always-fatal fungus that is killing them at an alarming rate. 42% have been infected so far. Standing up to the fungus are the native California fan palms, endemic to southern California?s inland deserts, and the Mexican fan palm but all the populations are nearing the ends of their natural lives, having been planted mostly in the early 1900?s. City planners, led by Los Angeles Mayor Antonio Villaraigosa, intend to plant one millions trees to improve air quality but no palms, having fewer leaves to offset the effects of air pollution than other native varieties. Experts predict that Los Angeles will look very differently in coming decades as oaks and sycamores replace most the iconic palms loved by both tourists and residents. (Photo by David McNew/Getty Images)