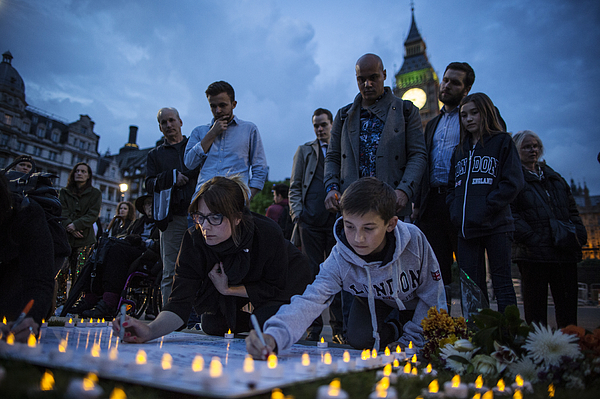 LONDON, UNITED KINGDOM - JUNE 16: People sign messages of condolence for MP Jo Cox during a vigil in Parliament Square on June 16, 2016 in London, United Kingdom. Jo Cox, 41, Labour MP for Batley and Spen, was shot and stabbed by an attacker at her constituicency today in Birstall, England. A man also suffered slight injuries during the attack. Jo Cox was reportedly shot and stabbed while holding her weekly surgery at Birstall Library, Birstall near Leeds and later diedl. A 52-year old man has been arrested in connection with the crime. (Photo by Dan Kitwood/Getty Images)