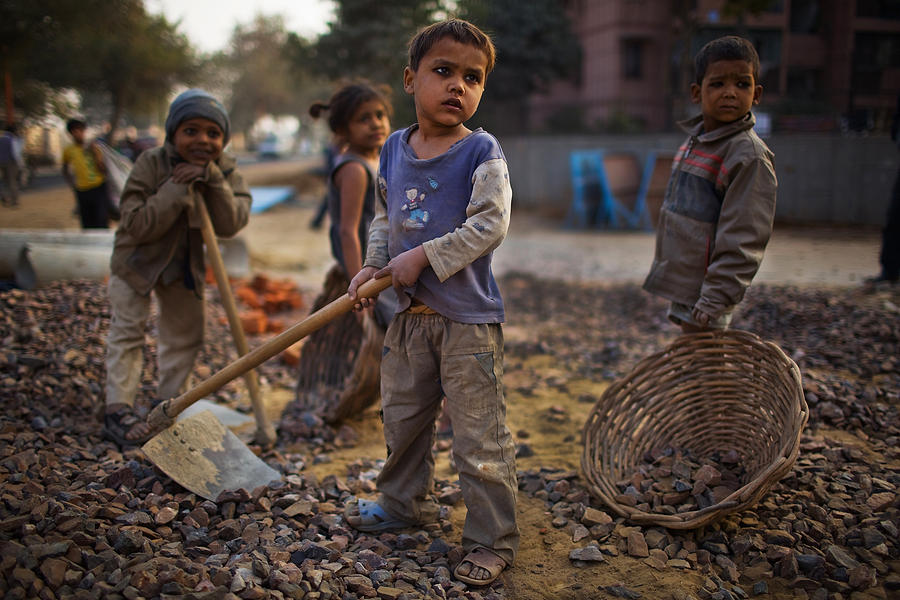 DELHI, INDIA  JANUARY 30: Indian children work nearby to their parents at a construction project in front of the Jawaharlal Nehru Stadium on January 30, 2010 in New Delhi, India. The children accompany their parents to the work site, where if they are prepared to work, they will receive money for bread an milk and be provided with dinner by the contractor. The Commonwealth Games are due to be held in the Indian capital from October 3-14, 2010, but concerns remain over construction of its sporting and transport infrastructure. The sheer scale of the project has drawn an enormous population of migrant workers from all over India. This week the High Court of Delhi has sought a response from the Government over the alleged failure to provide all the benefits of labour laws to workers involved in construction work for the coming Commonwealth Games. Workers are being paid below the minimum wage in order to complete these projects whilst also being forced to live and work under sub standard conditions. (Photo by Daniel Berehulak/Getty Images)