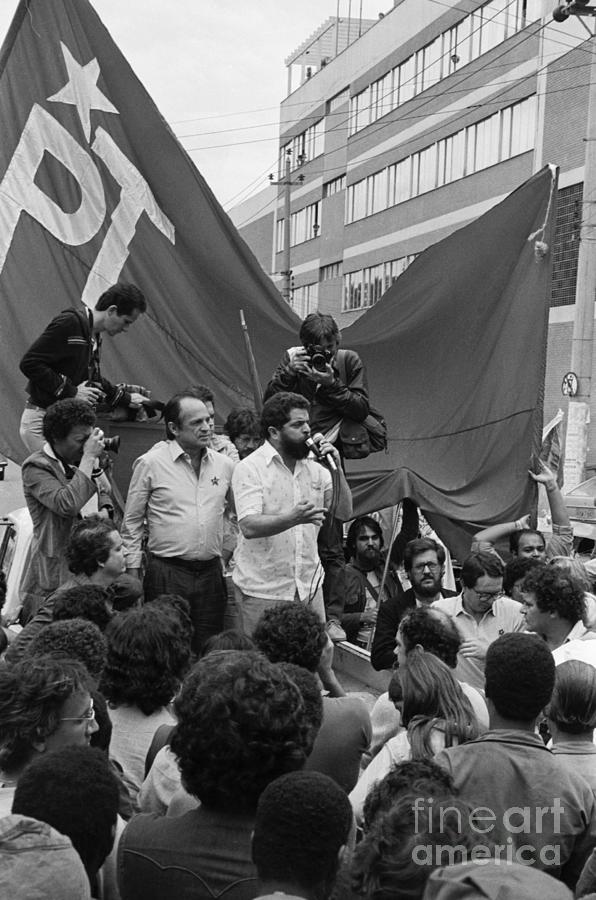 (Original Caption) 1982-Sao Paulo, Brazil-Luis Inacio da Silva, who is known throughout Brazil by his childhood nickname, "Lula," addresses a recent rally. He is founder of the new Workers Party (PT) and running as an underdog candidate for governor of the state of Sao Paulo. As a union organizer in a country where strikes are illegal, he is often compared to Poland's Lech Walesa. Filed: 11/12/1982.