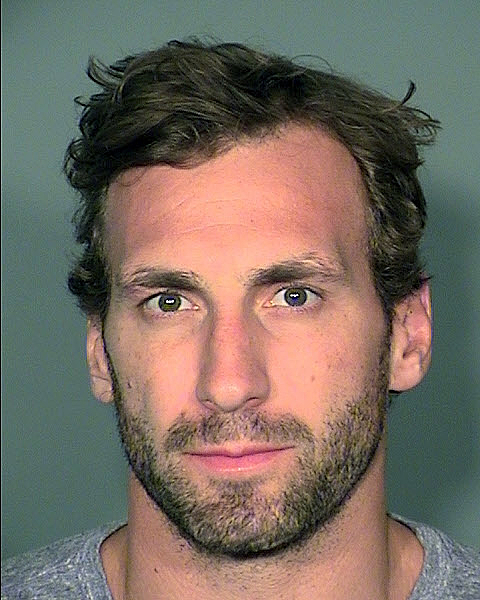 LAS VEGAS, NV - APRIL 17: In this handout provided by the Las Vegas Metropolitan Police Department, hockey player Jarret Stoll of the Los Angeles Kings poses for a mugshot photo after he was was arrested at a Las Vegas Strip Resort for possession of a controlled substance April 17, 2015 in Las Vegas, Nevada. Stoll was transported to Clark County Detention Center and has been released on his own recognizance. Stoll is the boyfriend of Erin Andrews, a Fox Sports reporter. (Photo by Las Vegas Metropolitan Police Department via Getty Images)