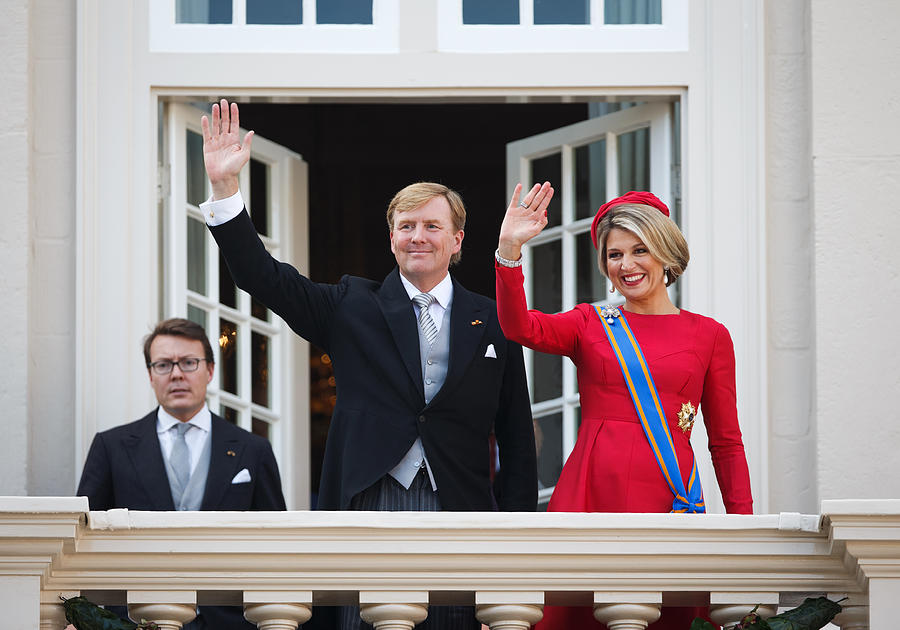 THE HAGUE, NETHERLANDS - SEPTEMBER 16: King Willem-Alexander and Queen Maxima of the Netherlands wave from the Noordeinde palace balcony on September 16, 2014 in The Hague, Netherlands. The Dutch King officially opens the parliamentary year by reading a speech outlining the government plans for the year ahead. (Photo by Jasper Juinen/Getty Images)