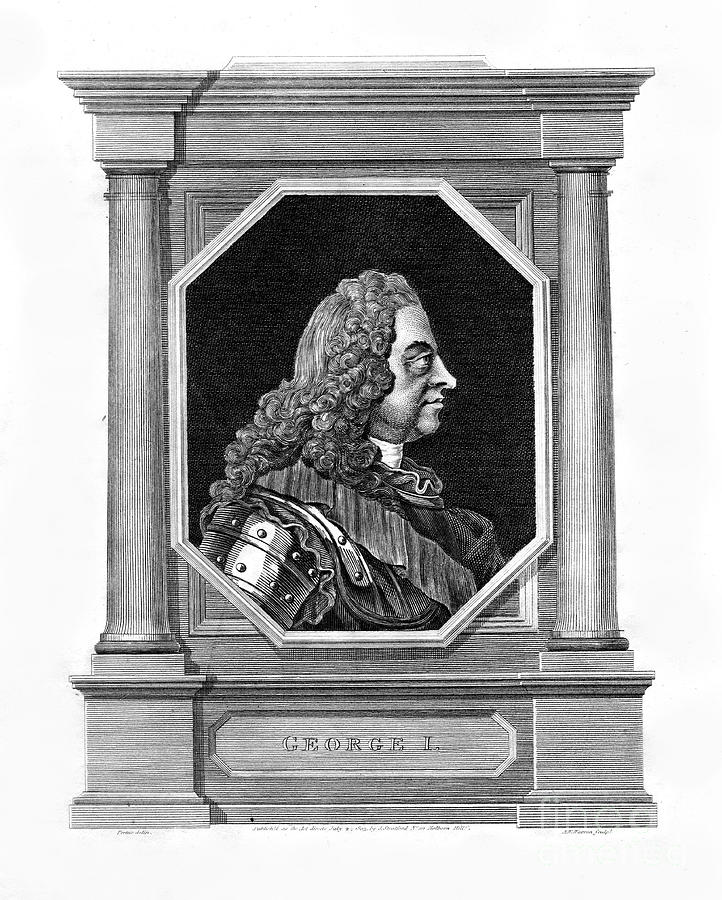 King George I, (19th century). George I (Georg Ludwig, 1660-1727) was Duke of Brunswick-Lüneburg (Hanover) from 23 January 1698, and King of Great Britain and King of Ireland from 1 August 1714, until his death. He was also the Archbannerbearer (afterwards Archtreasurer) and a Prince Elector of the Holy Roman Empire. (Photo by The Print Collector/Print Collector/Getty Images)