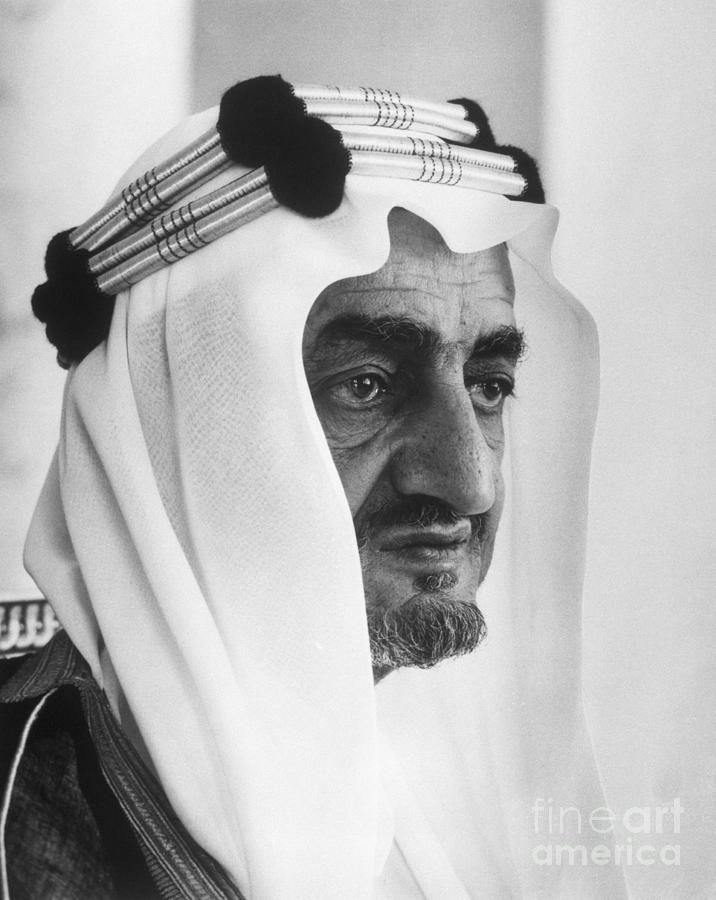 (Original Caption) 8/31/1965-Saudi Arabia- A recent victory, reportedly, was won by King Faisal Ibn Abdul Aziz Al Saud (pictured here) in the three-year-old dispute over Yemen. The Saudi Arabian King has won an agreement with the President Gamal Abdel Nasser of Egypt, for a withdrawal of Egyptian troops from the Arabian Peninsula's trouble spot. The "peace" agreement was made during Nasser's visit with Faisal at the former King Saud's palace in Jiddah.