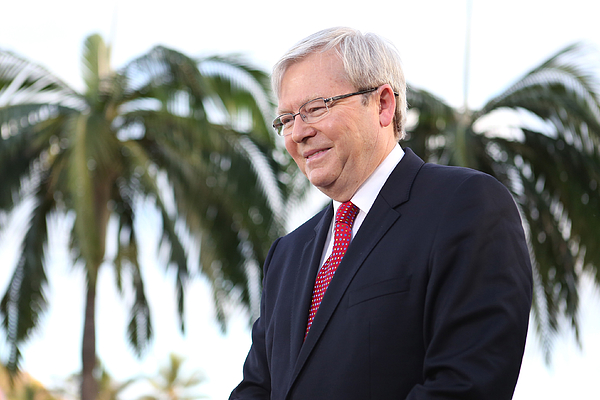 TOWNSVILLE, AUSTRALIA - SEPTEMBER 02: Australian Prime Minister, Kevin Rudd speaks during a television interview, on September 2, 2013 in Townsville, Australia. According to the News Limited Newspoll, the Coalition is up 8 points on Labor on a two-party preferred basis, with Tony Abbott surpassing Kevin Rudd in the poll as preferred Prime Minister 43 to 41 per cent. Australian voters will head to the polls on September 7 to elect the 44th parliament. (Photo by Stefan Postles/Getty Images)