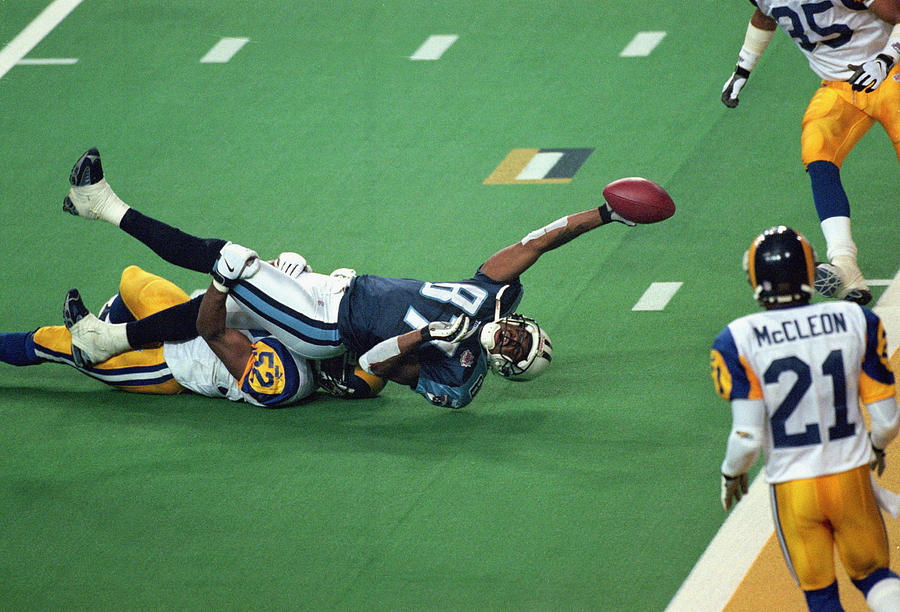 ATLANTA - JANUARY 30: Kevin Dyson #87 of the Tennessee Titans reaches for the end zone with the ball as Mike Jones #52 of the St. Louis Rams tackles him on the last play of the game during the Super Bowl XXXIV Game at the Georgia Dome on January 30, 2000 in Atlanta, Georgia. The Rams defeated the Titans 23-16. (Photo by: Tom Hauck /Getty Images)