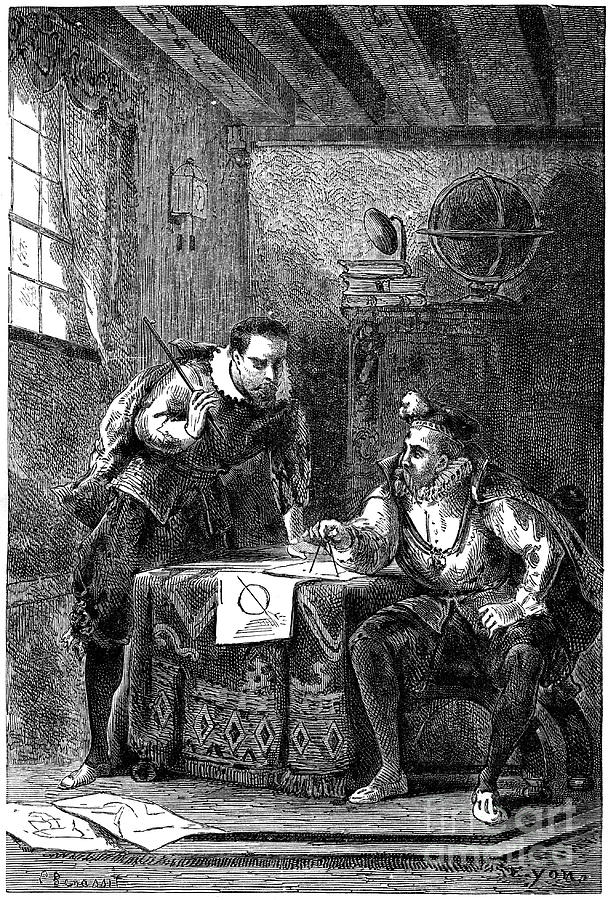 Kepler And Brahe At Work Together

Kepler And Brahe At Work Together

Kepler and Brahe at work together (c1600), c1870. German astronomer Johannes Kepler (1571-1630), left, with the Danish astronomer Tycho Brahe (1564-1601) in Benatky Observatory near Prague while employed by emperor Rudolf II. In 1609, Kepler published the results of Brahe's calculations of the orbit of Mars, which showed that the planet did not move uniformly in circles, but in ellipses. This celebrated work also outlined Kepler's first and second laws governing planetary motion. The formulation of his third law ten years later, which connected the periods of revolution of the planets with their mean distances from the Sun, completed his researches in dynamical astronomy. From Vies des Savants Illustres (Illustrated Lives of the Scientists) by Louis Figuier. (Paris, c1870). (Photo by Oxford Science Archive/Print Collector/Getty Images)