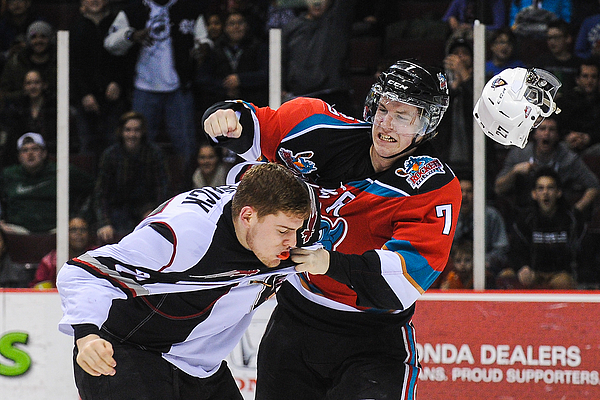 VANCOUVER, BC - MARCH 1: Jackson Houck #27 of the Vancouver Giants loses his helmet after being punched by Damon Severson #7 of the Kelowna Rockets during a WHL game at the Pacific Coliseum on March 1, 2014 in Vancouver, British Columbia, Canada. (Photo by Derek Leung/Getty Images)