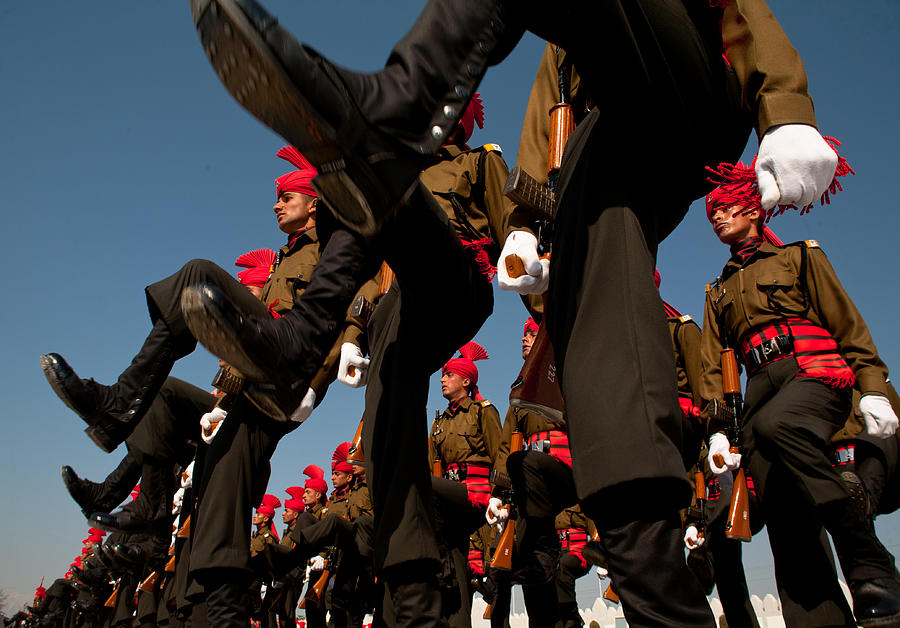 SRINAGAR, KASHMIR, INDIA - MARCH 08: The recruits of Indian armys from Kashmir take salute during their passing out parade at Rangreth in a garrison on March 8, 2014 in the outskirts of Srinagar, the summer capital of Indian-administered Kashmir, India. 256 Kashmir men took oath during their passing out parade after successfully completing 49 weeks of arduous training which involved, weapons handling, map reading and counter-insurgency operations. The recruits will join Indian armys Jammu and Kashmir Light Infantry Regiment (JAK LI) to fight militants in Kashmir, a spokesman of the army said. India has already close to a million soldiers posted in Kashmir, making the disputed Himalayan region one of the most militarized zones in the world. (Photo by Yawar Nazir/Getty Images)