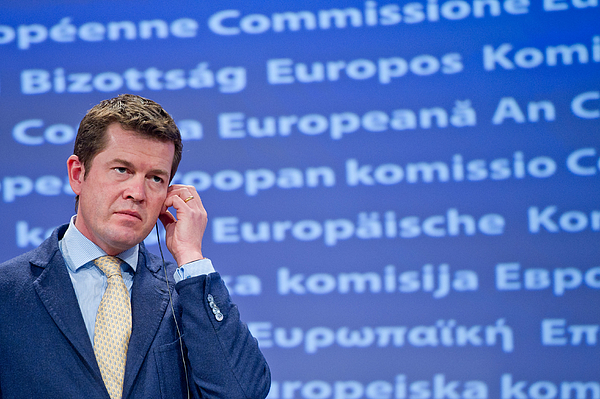 BRUSSELS, BELGIUM - DECEMBER 12: Karl-Theodor zu Guttenberg speaks at the launch of a European Commission-sponsored initiative for freedom of the Internet at the European Commission on December 12, 2011 in Brussels, Belgium. Zu Guttenberg is a former German Defense Minister and member of the Bavarian Christian Democrats (CSU) who resigned earlier this year following revelations that he had plagiarized significant portions of his doctoral thesis as a university student. Charges have since been dropped after he paid a fine, and there is now widespread speculation in Germany that zu Guttenberg might attempt a return to the German political arena. (Photo by Geert Vanden Wijngaert/Getty Images)