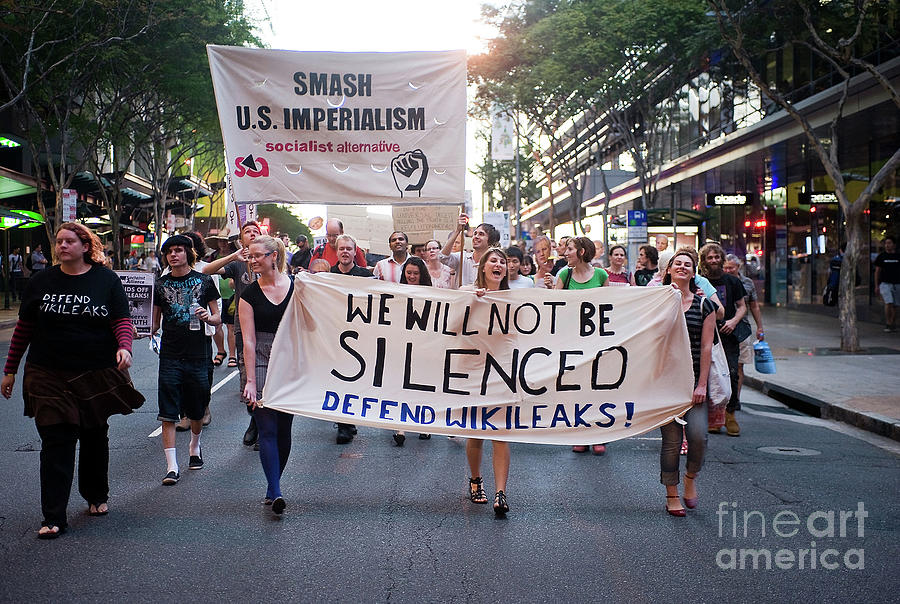 BRISBANE, AUSTRALIA - DECEMBER 09: Demonstrators take to the streets during a rally in support of WikiLeaks founder Julian Assange on December 9, 2010 in Brisbane, Australia. Assange was remanded to a British prison today and is facing extradition to Sweden where he has been accused of raping one woman and molesting another earlier this year. (Photo by Marc Grimwade/Getty Images)