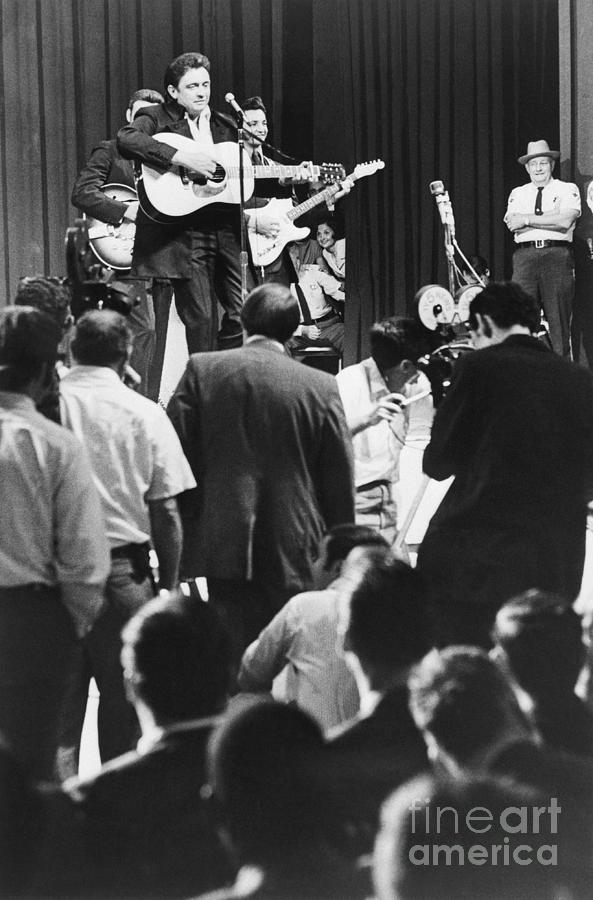 (Original Caption) As Walker County (Ga.) Sheriff Ralph Nones (R) looks on, country music star Johnny Cash belts out a song here 8/13 for some 800 prisoners at the old City Auditorium. In 1967, it was Sheriff Jones with others that inspired Cash "to change his ways." Cash had been detained at the Walker County jail when he had the talk with Jones. Cash's appearance here climaxed Georgia's prisoner-release program and the men went their separate ways when the show was over.