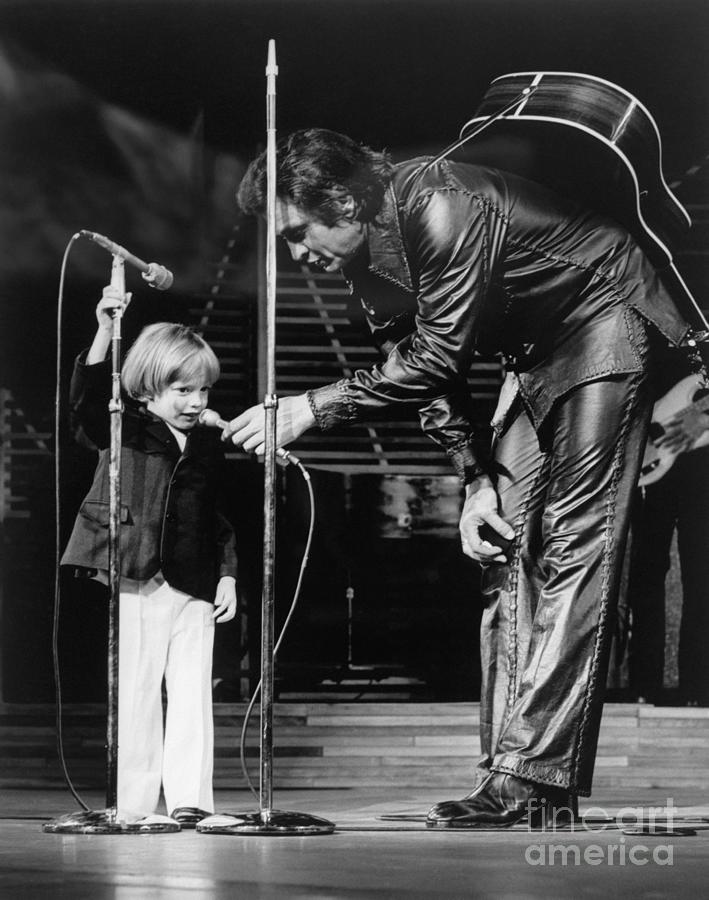 (Original Caption) John Carter Cash, 3-year-old son of singer Johnny Cash, became the youngest person to make a Las Vegas nightclub debut when he appeared on the stage of the Hilton and rendered "Mary Had a Little Lamb" for the sandbox set. The proud father is shown holding the microphone down to his son.