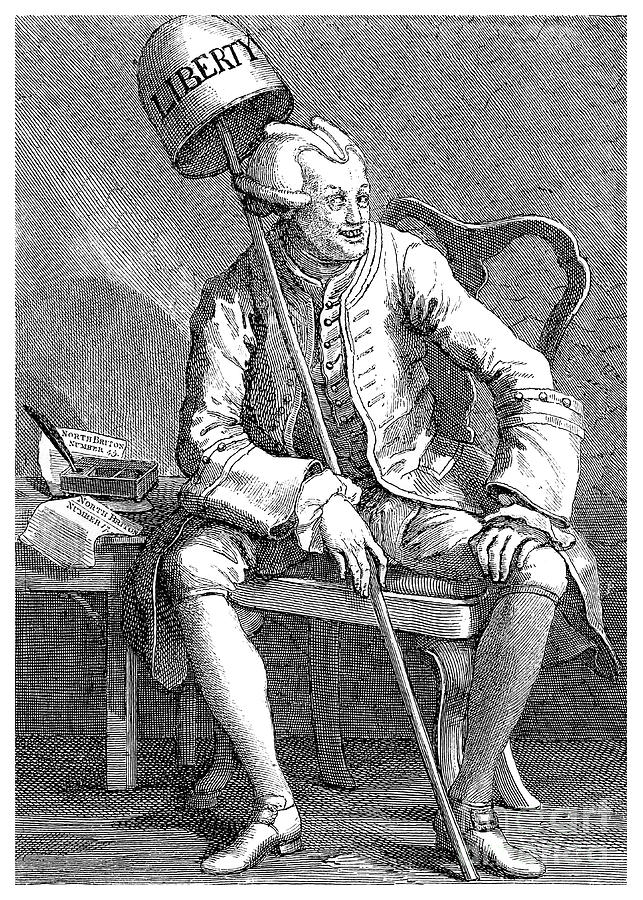 John Wilkes, English politician, 1763 (1895). Wilkes is wearing a wig that Hogarth has fashioned into two horns. He holds a cap entitled liberty that Hogarth has positioned to make it look like a halo. On the table are copies of his newspaper The North Briton. In 1762 Hogarth had published a satire, The Times, that, for Hogarth, was unusually anti-war. It angered many politicians, including John Wilkes. Therefore Wilkes attacked Hogarth in The North Briton, by depicting him as an old fool. In response Hogarth produced this engraving. A print from The Magazine of Art, Cassell and Company, Limited, London, Paris and Melbourne, 1895. (Photo by The Print Collector/Print Collector/Getty Images)