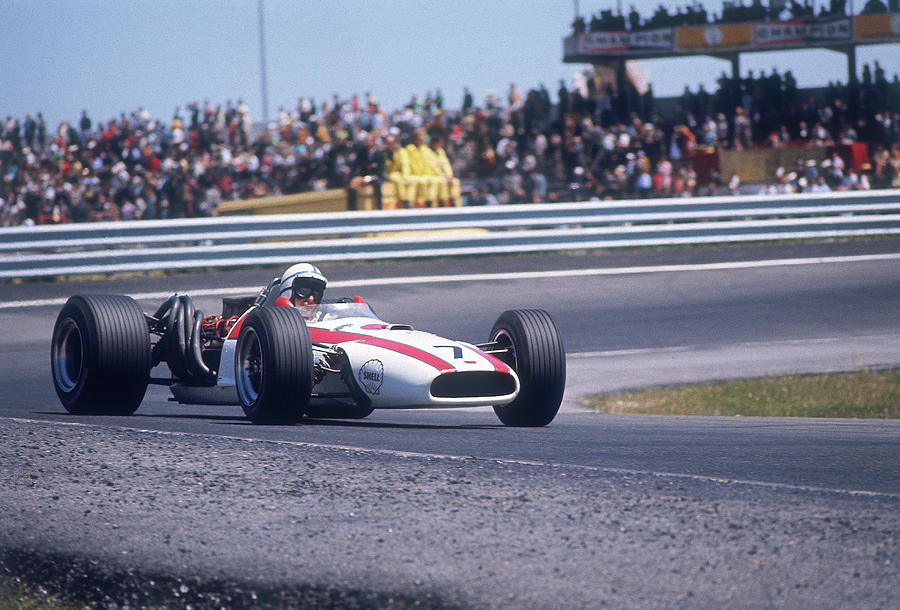 John Surtees driving a Honda, Spanish Grand Prix, Jarama, 1968. He failed to finish the race, retiring after 74 laps with a gear linkage problem. John Surtees came to car racing in 1959 after a highly successful motorcycle racing career. He drove in Formula 1 from 1960 to 1972, winning 6 races and becoming World Champion in 1964 with Ferrari. Surtees drove for Honda in the 1967 and 1968 seasons. He formed his own team in 1970, which ceased competing in 1978. (Photo by National Motor Museum/Heritage Images/Getty Images)