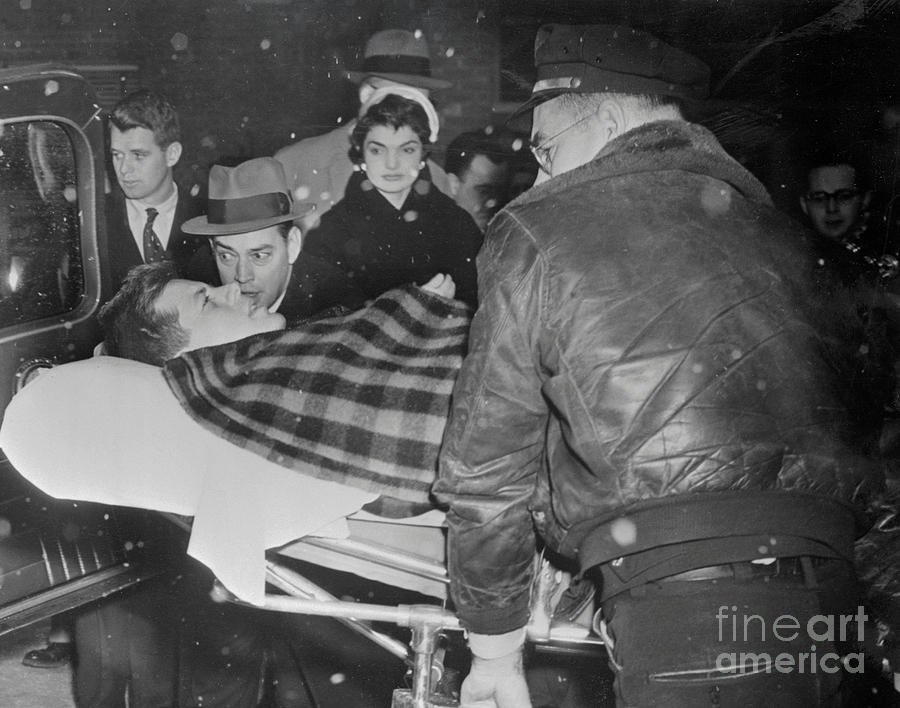 (Original Caption) Senator John F. Kennedy (D-Mass.), who was operated on for a spinal condition last October 21, is shown being lifted into an ambulance after leaving New York's Hospital for Special Surgery today. The hospital, which said Senator Kennedy's condition remains "good," announced that he will spend a period of several months convalescing at the Palm Beach home of his father, former Ambassador to Great Britain, Joseph P. Kennedy. Mrs. Kennedy and the senator's brother, Edward, watch the transfer to the ambulance.