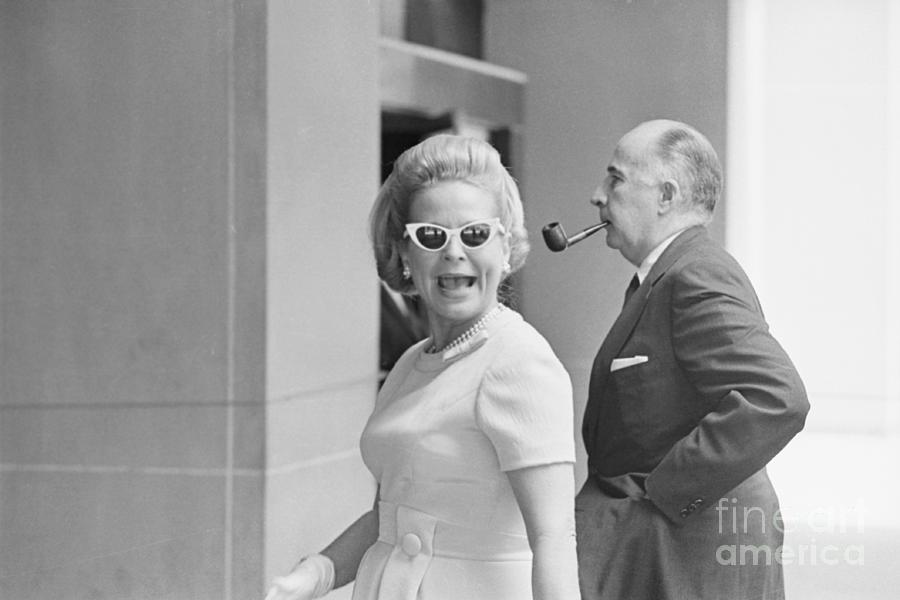 John N. Mitchell resigned June 1 as President Nixon's re-election campaign director in order that he could devote more time to his wife and family. The resignation came just a week after the volatile wife of the former attorney general said she would leave him unless he quit politics. The Mitchells are shown together in this '71 file photo.