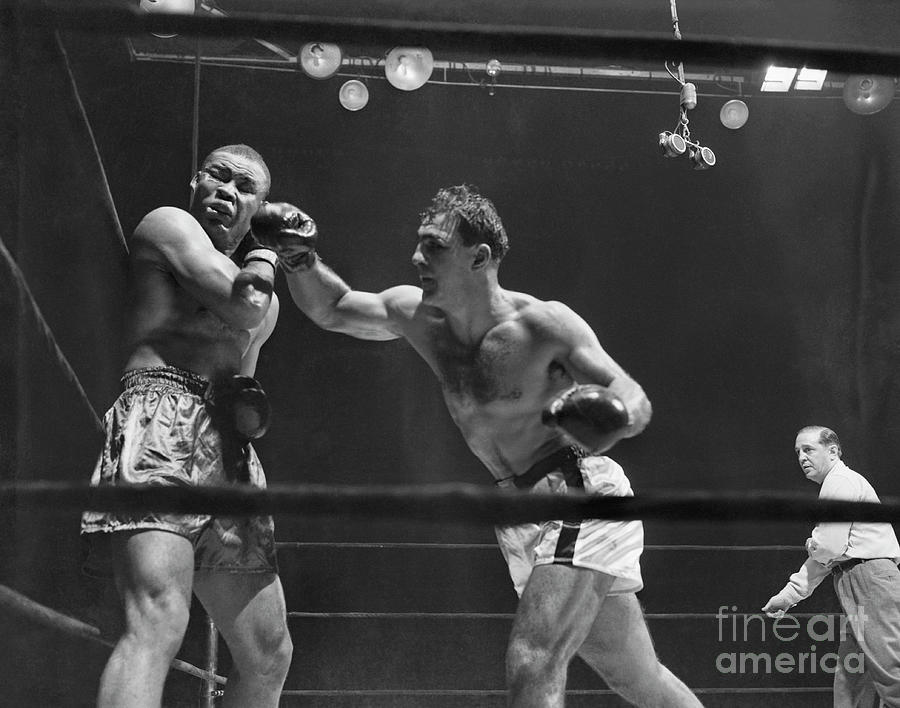 (Original Caption) New York: Putting A Period To Louis Career. Graphically caught by the camera here are two telling blows that helped write the finale of Joe Louis' ring career at Madison Square Garden last night. The writer was Rocky Marciano, never beaten heavyweight from Brockton, Mass. At left, the head of the former champion is twisted violently around on his neck with the force of a Marciano right hand. At right, helpless against the ropes, eyes closed, Louis takes another savage right in the eighth round. It was the final blow of the fight. A split second later, Louis catapulted through the fight. It was the second knockout in Louis' career.