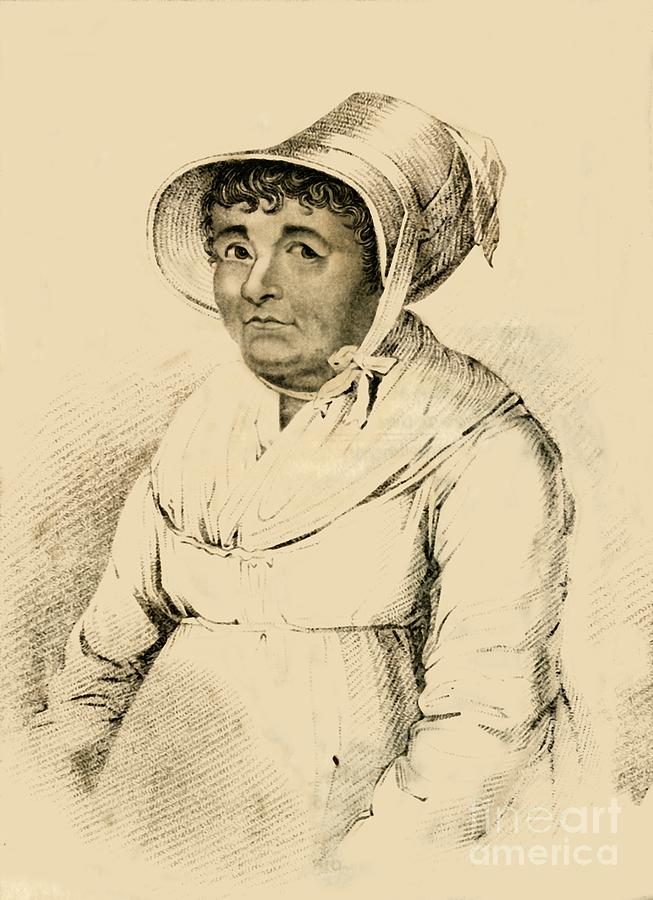 Joanna Southcott, An Extraordinary Fanatic', 1822. Portrait of Joanna Southcott (c1750-1814) English mystic and religious fanatic. Southcott believed herself to be the woman described in Revelations 12 in the Bible. She announced she would give birth to second Prince of Peace on 19 October 1814. Southcott died of a brain tumour in December of that year. From "Wonderful Characters: Comprising Memoirs and Anecdotes of the Most Remarkable Persons of Every Age and Nation", Vol. III, by Henry Wilson. [J. Robins and Co. Albion Press, London, 1821]. Artist Robert Cooper. (Photo by The Print Collector/Heritage Images via Getty Images)