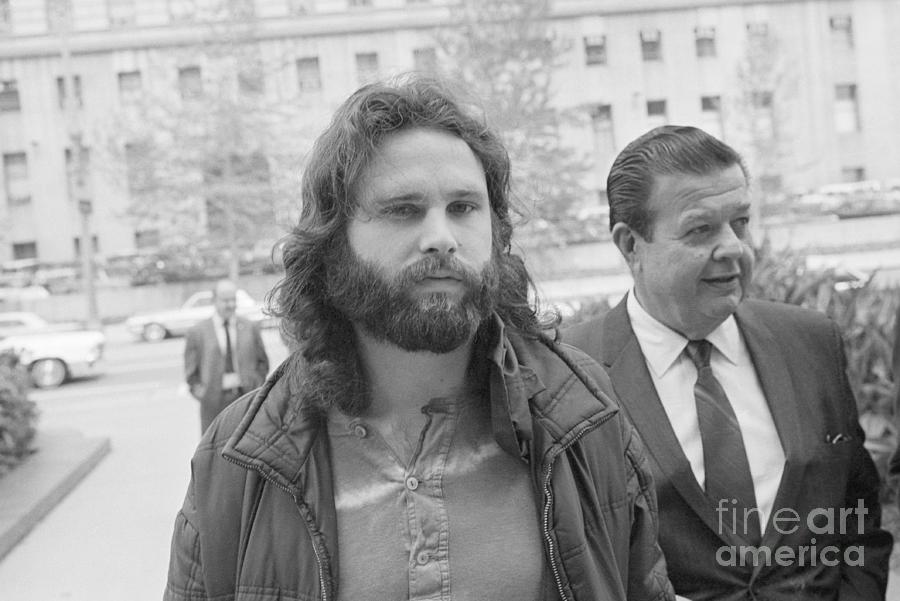 (Original Caption) Jim Morrison (L), lead singer of the rock group "The Doors" is accompanied by his attorney Max Fink as he arrives at the Los Angeles Federal Building to appear before the U.S. Commissioner for extradition proceedings to Florida. Morrison, according to the FBI, was wanted on six charges, including lewd and lascivious behavior, while performing before some 12,000 persons, mostly teen-agers. The FBI said they entered the case 3/27 when a federal warrant charging interstate flight to avoid prosecution was issued in Miami.