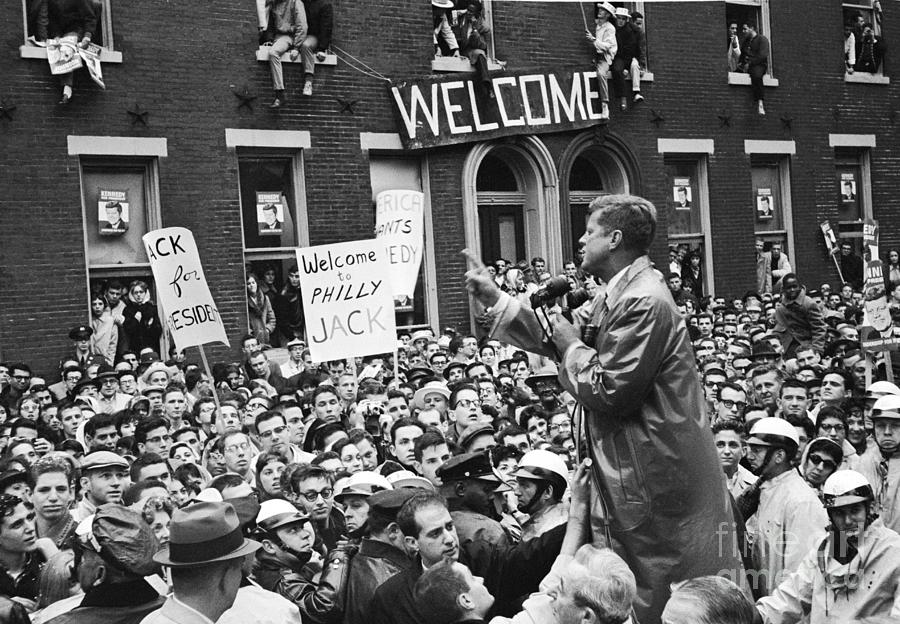 Senator John F. Kennedy talks to Temple University students here October 31st, including an overflow crowd in the windows of one of the campus buildings. He told the students that he would like to have a fifth TV debate, and that he wouldn't care if Nixon brought President Eisenhower along, too.