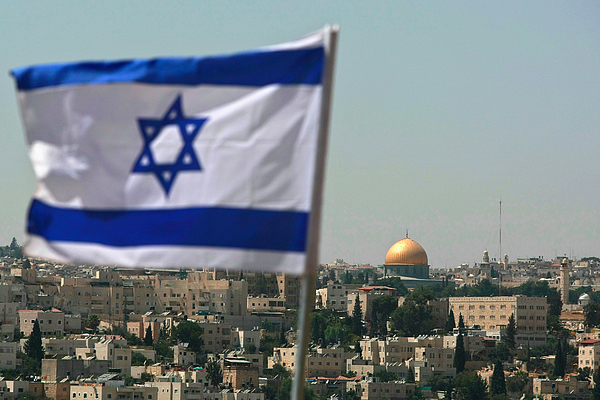 JERUSALEM - AUGUST 18: An Israeli flag flies from the Kidmat Zion Jewish settlement community on the outskirts of the Arab village of Abu Dis, where the Old City with its golden Dome of the Rock Islamic shrine is seen in the background, August 18, 2008 in East Jerusalem, Israel. The settlement, a stand-alone apartment building which houses a number of families, is a former Arab home purchased by the Ateret Cohanim organization which is dedicated to expanding Jewish settlement in East Jerusalem, the half of the city that Israel captured from Jordan in the 1967 Six Day War. (Photo by David Silverman/Getty Images)