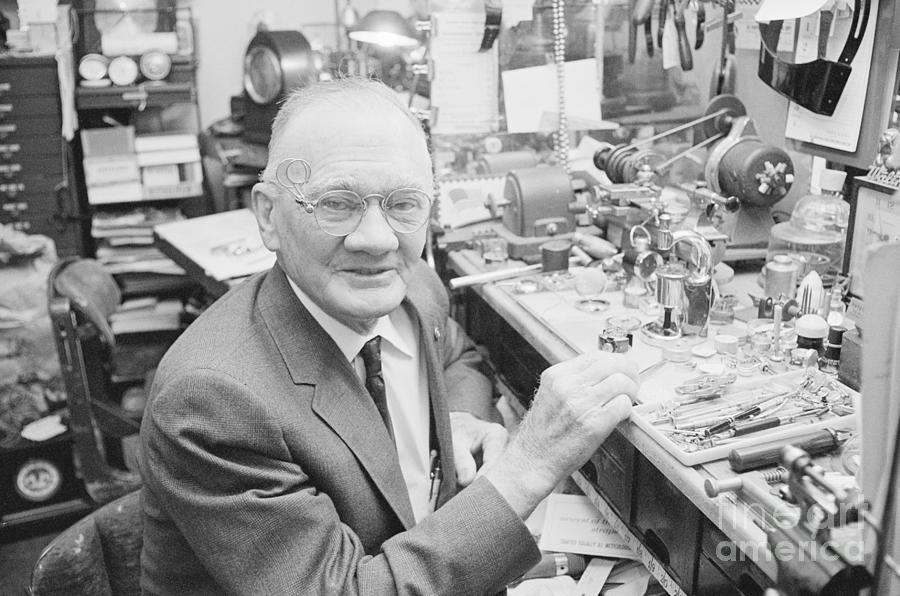 (Original Caption) 8/16/1970-San Francisco, CA- Warren K. Billings, the man convicted of the 1916 Preparedness Day Bombing that killed 10 and injured 40 others, looks up from his work as a watch repairman at his jeweler's bench here. Billings, now 76, doesn't understand the current young generation of radical bombers. He says "They don't seem to be accomplishing anything."