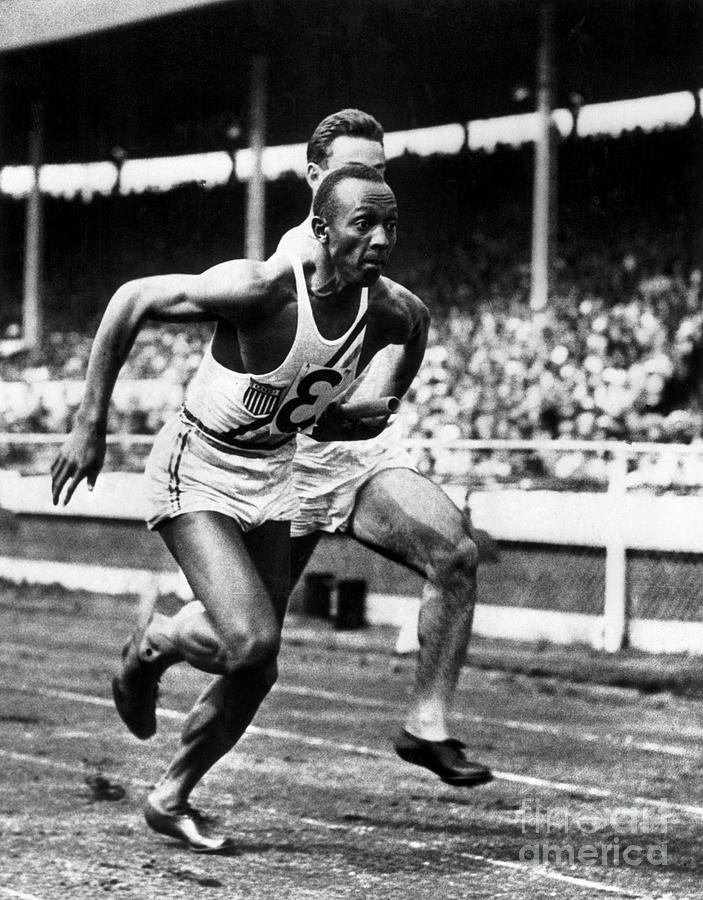 (Original Caption) It's Owens again. London, England: Jesse Owens, fresh from his triumphs in the Olympics, is shown taking over the baton from M.I. Glickman, in the 400 yard relay, won by the United States in the track meet against a British team at the White City Stadium in London, recently. The United States won the meet by 11 events to 3.