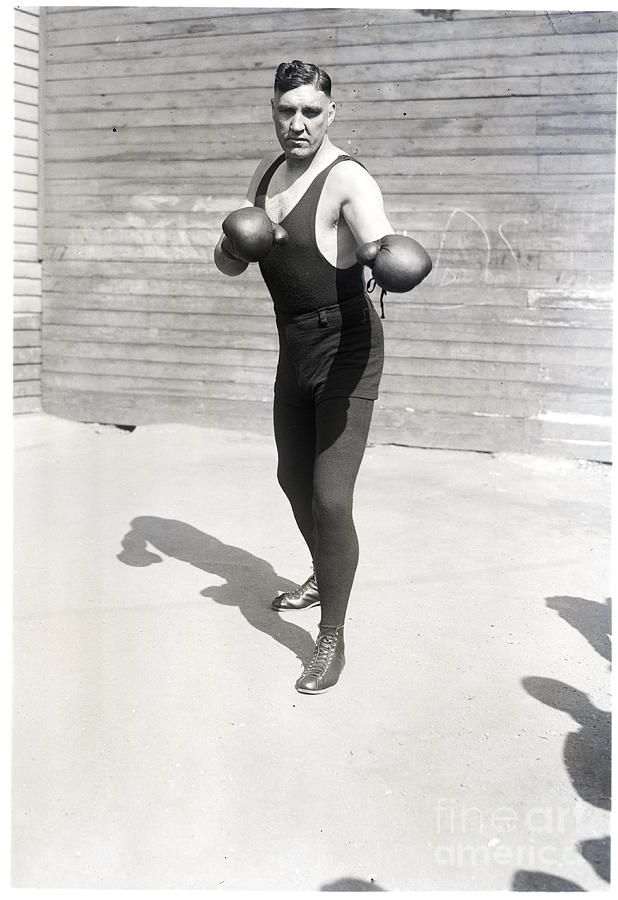 (Original Caption) 4/26/1923-New York, New York- Jess Willard, former Heavyweight Champion, expects to defeat Floyd Johnson in their coming battle at Yankee Stadium. Willard is putting on the finishing touches of his training at his quarters in the Columbus Sporting Club and is said to have attained the best condition of his career.