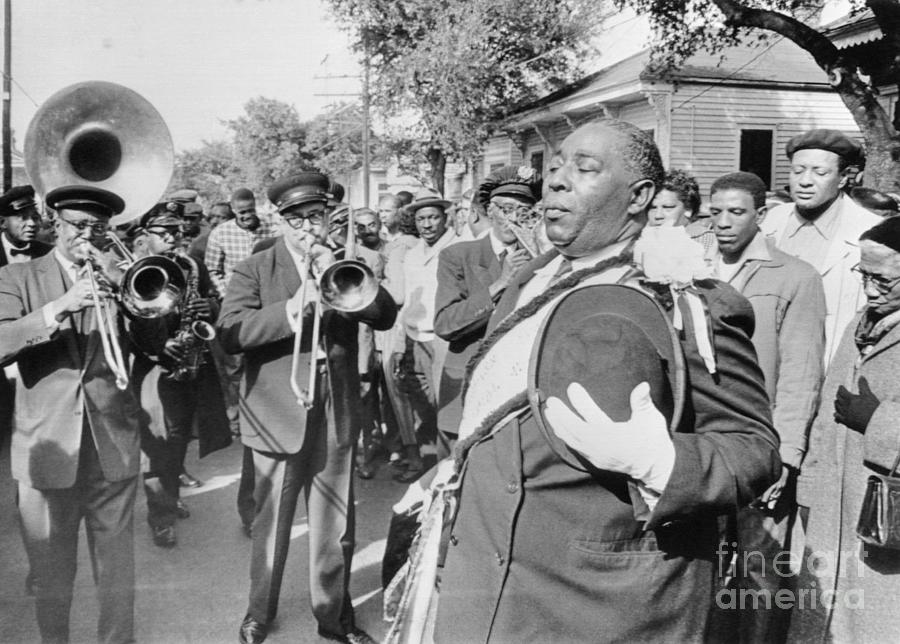 The Young Tuxedo Brass Band leads a traditional jazzman's funeral in New Orleans on January 7, 1962 for clarinetist John Casimir, who formed the band in the 1920's. Casimir, a native of New Orleans, played with the band until his death on January 3, 1962.