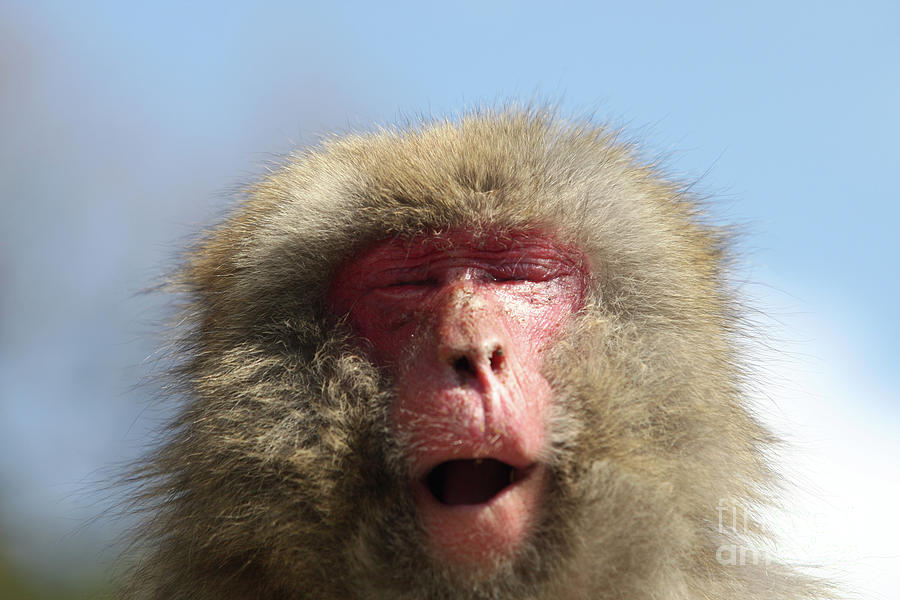 SUMOTO, HYOGO, JAPAN - MARCH 26: A 19-year-old Japanese macaque monkey named Monday sneezes while suffering an allergy to pollen from the cedar tree, at Awajishima Monkey Center on March 26, 2012 in Sumoto, Hyogo, Japan. Some twenty monkeys are suffering the effects of hay fever at this time of the year, with the typical symptoms being the same as with humans. (Photo by Buddhika Weerasinghe/Getty Images)