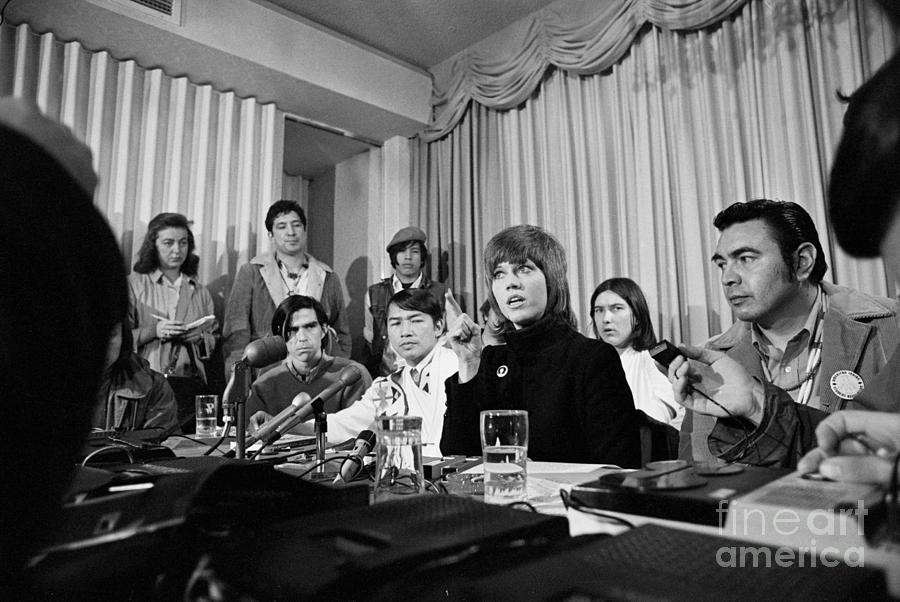 Actress Jane Fonda, surrounded by a group of Native Americans, holds a news conference to inform the media that she is going to see her lawyer about her treatment by military authorities when she and about 160 Native Americans attempted a take over of Seattle's Fort Lawton. The Army property had been declared surplus and was destined to be turned into a city park when members from local tribes attempted to claim the land as theirs so they could build a cultural and educational center.