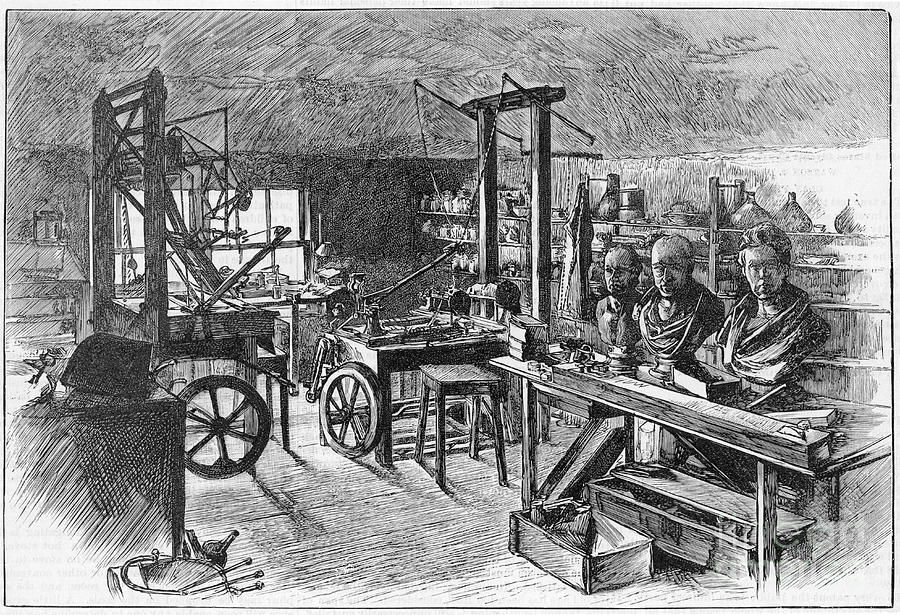 James Watt's workshop at Heathfield Hall, Birmingham, 1886. It had not been disturbed since his death in 1819. Watt (1736-1819), Scottish engineer and inventor, was born at Greenock on the Clyde, Scotland, and showed an interest in engineering and invention from an early age. He made great improvements to the steam engine, one of the most significant being the separate condenser, which saved fuel and time. In 1774 Watt went into partnership with Matthew Boulton (1728-1809) the Birmingham manufacturer and entrepreneur, building steam engines to power mills, factories and mines. From Scientific American. (New York, 19 June 1886). (Photo by Oxford Science Archive/Print Collector/Getty Images)