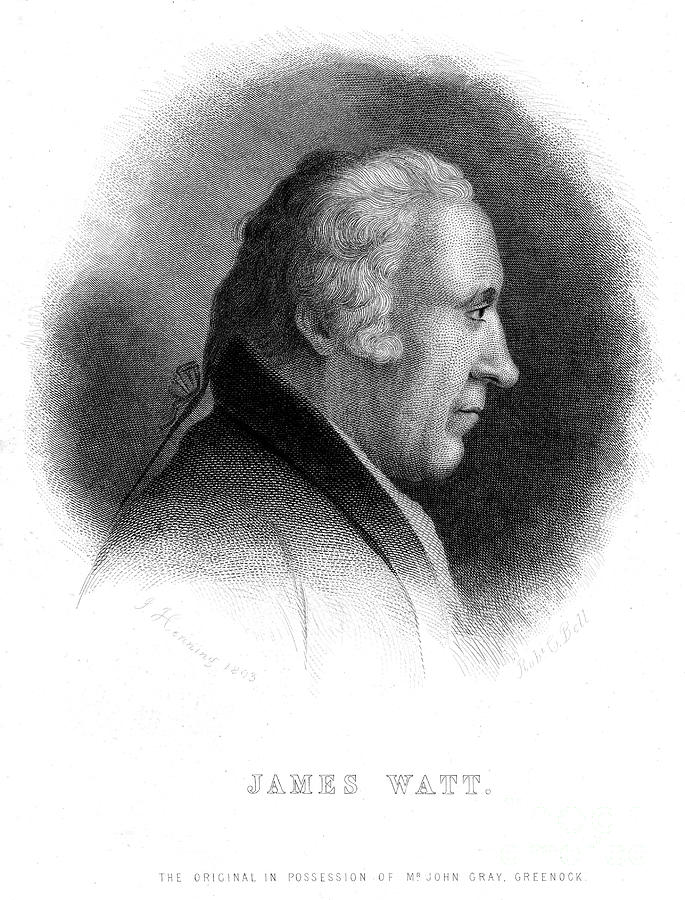 James Watt, Scottish engineer. James Watt (1736-1819) was the son of a Scottish shipbuilder and showed an interest in invention at an early age, making models in his father's workshop when still a child. His contribution to manufacturing and the industrial revolution came in his perfection of the working of steam engines, inventing new parts to stop the waste of steam and fuel. Watt took out a patent on his new method and entered into a long partnership with Matthew Boulton, the entrepreneur owner of the Soho Works, in 1775. The pair applied the technology to furnaces for making cast iron and for pumping mines, producing a perfected 'double action' version of the engine in the 1780s, with a piston that both pushed and pulled. (Photo by Ann Ronan Pictures/Print Collector/Getty Images)