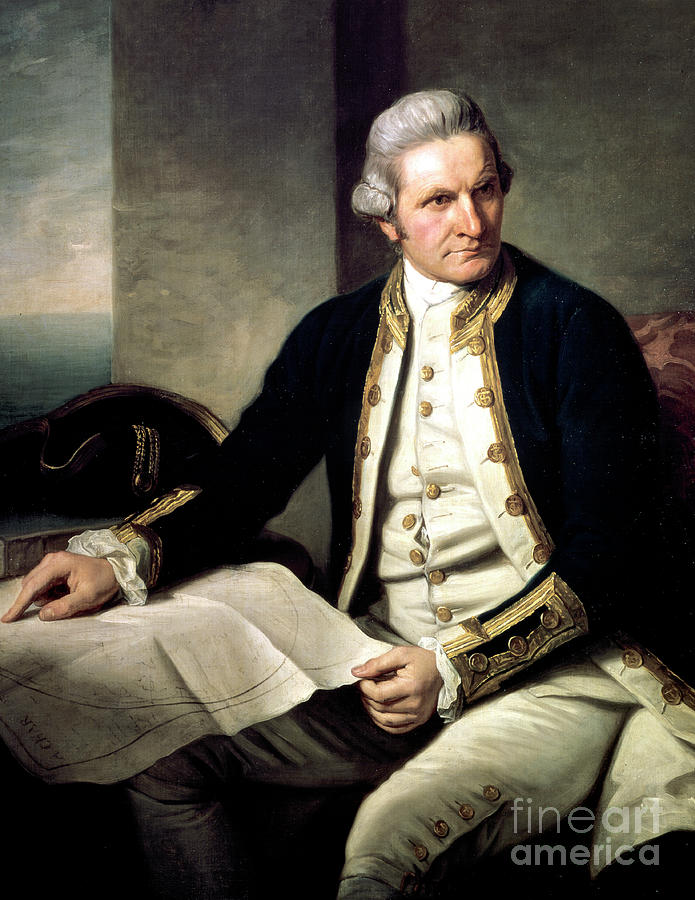 James Cook, English explorer, navigator and hydrographer, 1775-1776. Captain Cook (1728-1779) in naval uniform, seated, with his hand resting on a map of the world. Cook made three voyages of discovery. On the first he observed the transit of Venus and charted the coasts of New Zealand and eastern Australia, claiming them for Britain, and on the second he explored the Southern Ocean. The main objective of his last voyage was to find a northern sea passage between the Pacific and Atlantic oceans. He was killed when a fight broke out with natives in Hawaii. From the National Maritime Museum, Greenwich. (Photo by Ann Ronan Pictures/Print Collector/Getty Images)