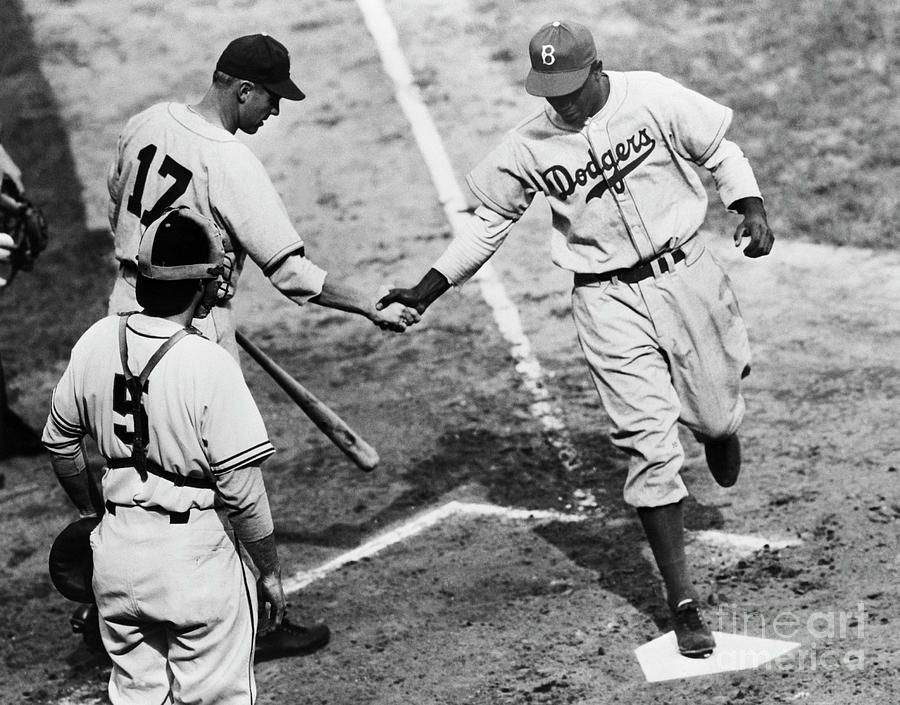 Jackie Robinson (right) of the Brooklyn Dodgers, breaking the color barrier this season as the first African-American to play in the Major Leagues, crosses home plate after hitting his first home run as a Dodger, off New York Giants' pitcher Dave Rosolo. Teammate Tommy Tatum, next up to bat, offers a congratulatory handshake as Giants catcher Walker Cooper looks on. The Giants opened their home season at the Polo Grounds with a victory over the Dodgers.