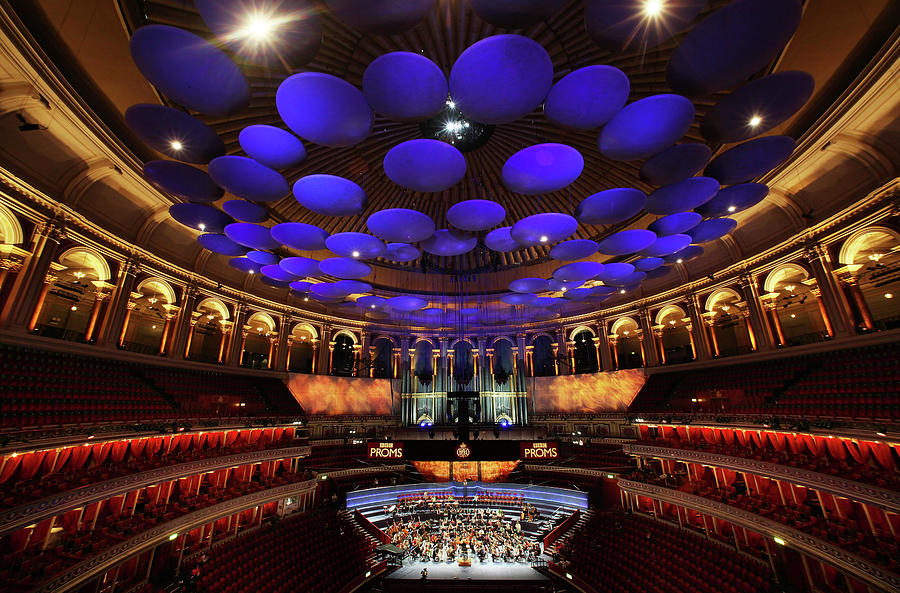 LONDON, ENGLAND - AUGUST 21: Musicians of The West-Eastern Divan youth orchestra, conducted by Daniel Barenboim rehearse in the Royal Albert Hall ahead of their performace in the BBC Proms tonight on August 21, 2009 in London, England. The orchestra was founded by Daniel Barenboim, an Argentine of Jewish descent and the late Palestinian-born Edward Said in 1999 and is based in Sevilla, Spain. The project involves young musicians from a variety of countries in the Middle East including Egypt, Iran, Israel, Jordan, Lebanon, Palestine and Syria. Although not described as a political project the orchestra serves as an example of Barenboim and Said's vision of understanding and collaboration between Israelis and Palestinians. (Photo by Oli Scarff/Getty Images)