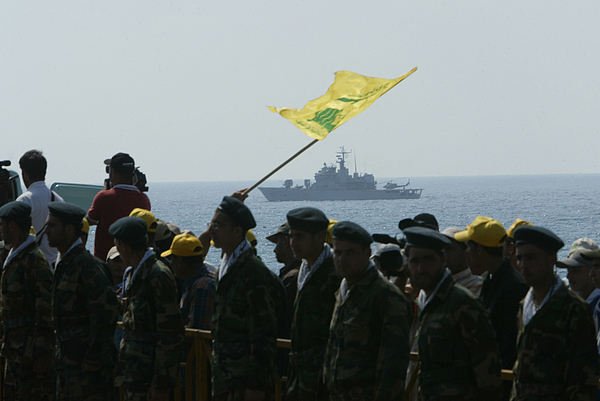 NAQOURA, LEBANON - JULY 16: An Italian military ship of the Unifil guards is seen as Hezbollah prepare to receive the bodies of 200 soldiers, during an exchange of prisoners with Israel on July 16, 2008 near Naqoura, Lebanon. Israel returned five Lebanese prisoners and the bodies of 200 Lebanese and Palestinian fighters in return for the bodies of the two Israeli soldiers, who's capture sparked the war of 2006. The exchange was engineered by the Red Cross. (Photo by Salah Malkawi/Getty Images)