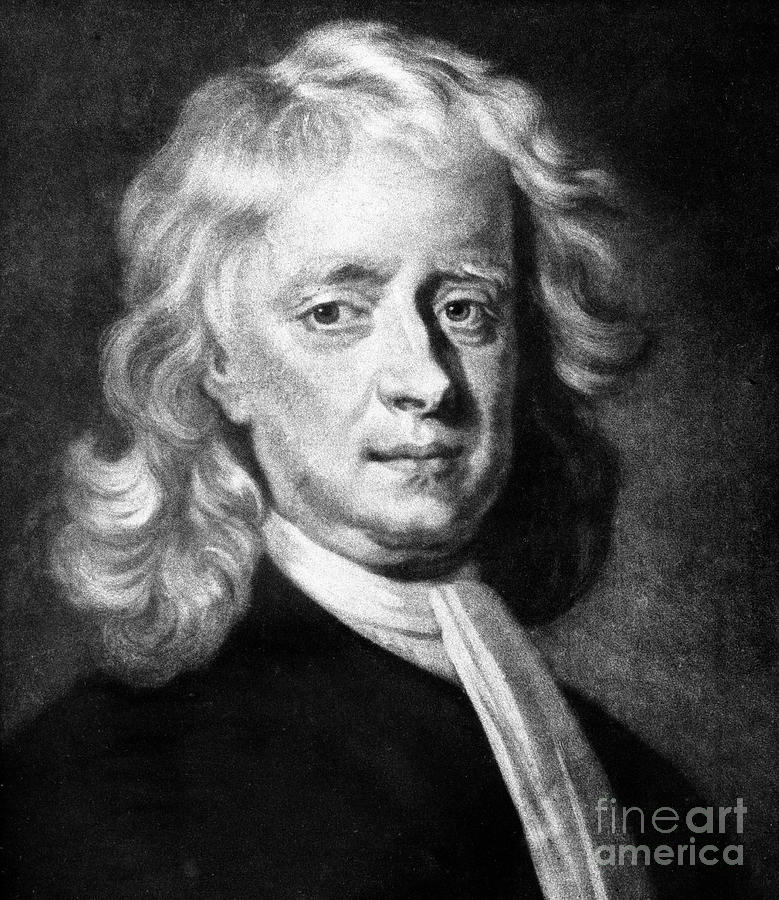 Isaac Newton (1642-1727), English mathematician, astronomer and physicist. Newton's discoveries were prolific and exerted a huge influence on science and thought. His theories of gravity and his three laws of motion were outlined in his greatest work, Philosophiae Naturalis Principia Mathematica, (1687) and he is credited with discovering differential calculus. He also formulated theories regarding optics and the nature of light that led to him building the first reflecting telescope. Knighted by Queen Anne in 1705, Newton is buried in Westminster Abbey, London. (Photo by Ann Ronan Pictures/Print Collector/Getty Images)