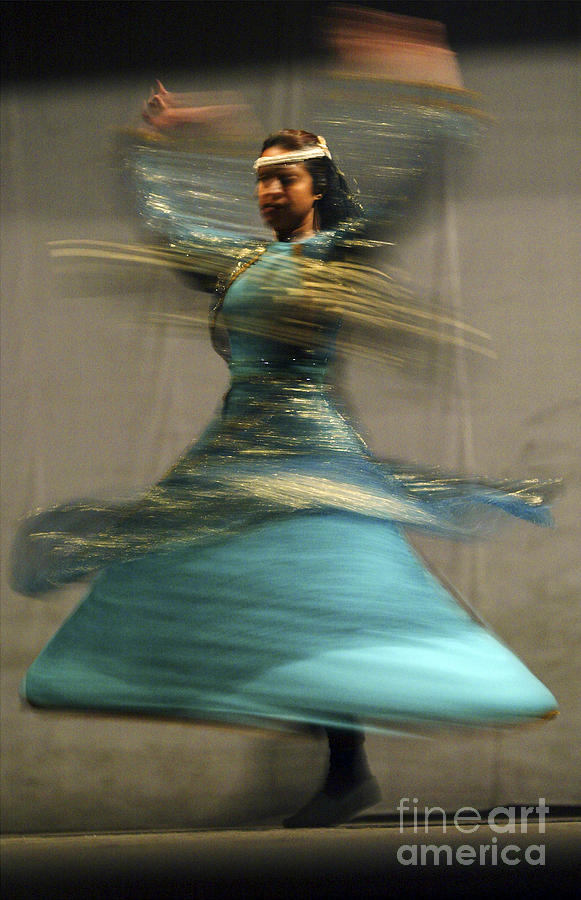 BAGHDAD, IRAQ - DECEMBER 6: An Iraqi dancer spins during a traditional Arab dance during a rehearsal December 6, 2003 in Baghdad, Iraq. The Iraqi National Public Dance Troupe is giving its first performance since the war in Baghdad's National Theater next week. Scenery and costumes for the show had to be remade and borrowed, as most of the theater's holdings were burned and looted in the chaotic aftermath of Saddam Hussein's fall. (Photo by Chris Hondros/Getty Images)